The Problem of Complexity: Self-Organization

The fifth and last of Preiser's characteristics of complexity is self-organization, which I previously summarized as the ability of complex systems to modify and reproduce themselves in order to cope with their environments. In other words, they are able to learn and to adjust to ensure their survival. At last, I thought, I had come to a characteristic that seems to divide living, animate systems from inanimate systems.

I can learn about my environment and modify my behavior and beliefs to cope. I can reproduce to continue something of myself. I don't think my house can do these things.

But I may be misunderstanding both my abilities to self-organize and the abilities of my house.

I, of course, am able to exchange energy, matter, information, and organization with my environment in complex loops that restructure me internally and my environment externally. In other words, my environment perturbs me, and I perturb my environment, and we can both modify ourselves to maintain our own integrity and to better fit with the other. These perturbations are reciprocal but not commensurate. Because of its immense size, the environment perturbs me much more than I perturb it. It's a bit like comparing the gravitational pull I exert on the Earth to the pull the Earth exerts on me. The tail does not wag the dog, though neither are passive.As an aside observation, however, note that if I combine with 7 billion other humans to create a modern consumer society, then that society can begin to wag the Earth, and this helps me understand our current ecological crisis. I must keep in mind that the environment, the Earth, will respond to the perturbations of seven billion ticks to maintain its own integrity as a functioning complex system. And I think the Earth is still the more powerful partner here. If it starts scratching its back because we are making it itch, then we humans may not benefit.

But this is not a post about ecology as such, but about self-organization. I perturb and am perturbed in return, but I notice that I have looked in only one direction: outward. What about inward? As it turns out, the environment inside me is just as big and as complex as the environment outside me. In other words, the distance from me to infinitesimal strings is about the same as the distance from me to the infinite stars. You can find some wonderful interactive animations that help visualize this seeming paradox here and here, but my point is that likely there is as much perturbation coming from inside me as from outside me, and I emerge as Keith Hamon in the whirlpool at a particular intersection of these forces. I do influence those flows of forces, but they influence me so much more. They create me. For a time, the forces coming from the stars and the strings weave a pattern that is me. And everything else, of course. I mean, it isn't all about me -- though in a way it is -- just as it is all about you. And your dog. And your iPad. And your planet. We are each rather nicely positioned at the center of the Universe, and the whole freaking thing works together to create each and every one of us.

These fanciful flights quickly land me in a mystical realm of mystery and awe which resonates well with me, but it isn't what I want to discuss in this post. I'm intellectually aware of these vast scales within and without me, but of course, day-to-day I'm aware mostly of the proximate scales just within and just without me: does my stomach hurt? is my family excited about Christmas? These scales form my day-to-day reality, and while I'm always aware that my feet stay on the ground because of the gravitational pull of the Earth, I often forget that I can go crazy because of the pull of the Moon, only one scale removed farther out. Or while I'm aware that my muscles one scale inward ache after exercising, I'm blissfully unaware when one cell in my lungs -- just one scale farther in -- mutates, becoming cancerous in reaction to the perturbations of working with asbestos fifty years ago (I don't know that this has happened, but it could -- I do know about the Moon).

In short, I can learn and self-organize. I can somewhat sense the forces moving around and through me, and I am somewhat resourceful enough to adjust myself to find a better fit with those forces: deflecting some, modifying others, washing in a few. I've been doing this since my embryonic phase in the womb when my cells started unpacking themselves using the energy, matter, information, and organization supplied by DNA and the womb. Can my house learn and adjust itself?

I suspect that most of us think of learning as an intellectual task, and much of formal learning is, but complexity tells me that learning is any ability to sense and to respond at any scale to the forces flowing within and without us. I'm thinking now that most learning is not intellectual or conscious at all. I coached soccer for years, and I became aware that most of my players who became adept at some skill had no conscious idea of how they were able to capture a ball out of the air while simultaneously turning to move toward the opponent's goal. They just did it, or didn't. Those who did didn't know why they could do it anymore than those who didn't knew why they couldn't. My attempts at explanation were mostly vapid and useless, because I didn't know either. Somehow, that one's body could learn that trick, and the other body could not.

I say body to distinguish it from intellectual mind. Our feet learn quite aside from our conscious control. With no immediately conscious help from my mind, my immune system learns about new invaders and then fights epic wars throughout the galaxy within me. Star Wars is not just in my mind, but literally in my body, and thus far, the good guys are winning, though there have been some close skirmishes. 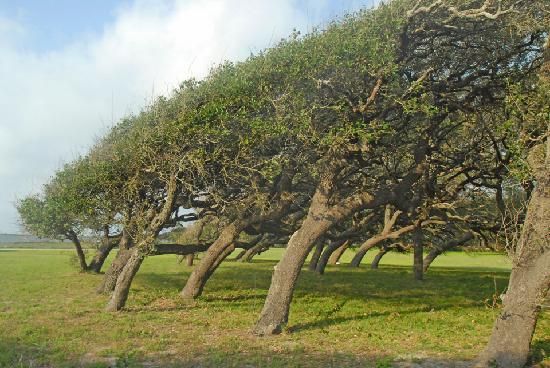 So if learning is not an exclusive privilege of human intellect -- however much I may value it -- then how far does learning extend through the Universe. My immune cells, obviously, can learn. Dogs and trees learn. I recall how the dwarfish oak trees on the south Texas coastline bend inward from the prevailing Gulf winds. This is not an innate growth pattern of oak trees; rather, these trees have learned to cope with their environment, using what range of responses they have available. Slime mold and viruses can learn. If viruses can learn, are we very far removed from carbon and oxygen learning?

I tend to think of hydrogen coupling with oxygen as a rather mechanical process, but perhaps all coupling from atoms to humans to galaxies are to some degree complex behaviors that lead to new forms. They do, of course. The coupling of hydrogen and oxygen leads to water. My own coupling with a woman led to a life-long relationship and to two sons. My coupling with other Georgians this past November led to a victory for Joe Biden and the overturn of the Trump Administration. The coupling of the stars led to the Milky Way and Earth. The Ancients may have been right: it's all coupling, all the way in, all the way out. And while there are mechanics to the coupling in its myriad forms, it is never merely mechanical. Coupling can not be reduced simply to its parts and mechanics. It is always purposeful and meaningful.

Well, I seem to have landed myself into some kind of Gaia theory. I didn't expect that, and it's clear that I have much thinking to do before I sort this out in my head, but I'm not likely to do it in this post.

Let me summarize what I mean by self-organization in complex systems. First, I'm convinced that to some degree, all entities are complex: from rocks and water to human brains and galaxies. Then, all these systems, including my house, can sense their internal and external environments and can respond -- however slowly and in however limited or expansive a range -- to those perturbations. They can all self-organize.