A second key trend in education can be described by the third and fourth characteristics of rhizomatic structures as discussed by Deleuze and Guattari in their book A Thousand Plateaus:
In this post I will use the single term multiplicity to speak of both characteristics, except when I want to speak of asignifying ruptures by themselves. 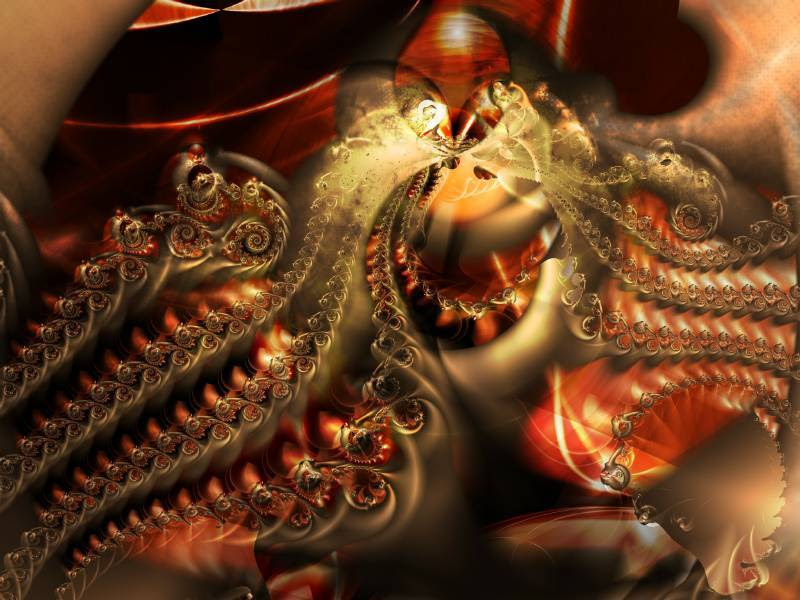 Multiplicity is a complex concept that we might approach first from the ideas of connectivity and heterogeneity. Every point in a rhizome can and must connect to everything else; thus, we cannot understand any single point, except in a most abstract and academic way, without considering and accounting for all its connections. This brings us directly to holistic, environmental, systemic, relativistic, organic, fractal, chaotic thinking, and is in direct tension with the kind of rigidly reasonable individualism that has dominated much of Western thought and almost all of American thought for the past two centuries. In terms of multiplicity, then, any thing is best thought of as an assemblage of multiple assemblages—both near and far, now and then and yet to be, in and out, up and down—themselves assemblages of multiple assemblages. Thus, at whatever level or scale we consider any thing, we see assemblages of assemblages within assemblages, all interconnected in a fluidly orderly fashion, like a beautiful fractal image.

Orderly brings us to a key second feature of multiplicity: any multiplicity is self-organized. This is self-evident from a modern scientific point of view. If we consider the Universe—the uber-Rhizome—we see that most everything in it has self-organized. The initial spray of light coalesced into hydrogen and other atomic structures, which then organized into stars, then into planets, then into … well, us and eventually into this class at edfutures.com. We ourselves start with a couple of cells and then self-organize into an infant within another rhizomatic structure, or multiplicity, that we call mother. A star has its own light and gravity and self-organization, but that light and gravity extends throughout the universe, and to understand that star, we must consider both its own light, gravity, and self-organization and its relation to all the other lights, gravities, and organization. Any rhizomatic structure, then, contains all the facts and all the mystery possible, and to understand it, we can neither limit ourselves just to the facts or just to the mystery, but must consider the star in all its multiplicities. Clearly, we'll never completely understand any single star, or any single flower or person, and I take great comfort and joy in that. The Universe and everything in it is an infinite multiplicity.

A third point, also self-evident, is that rhizomatic structures are dynamic. They don't self-organize into static entities. They morph, they shift, they merge and sheer, they reorganize. They are susceptible to asignifying ruptures, those exchanges with and sheers into other rhizomatic structures that can so rearrange the rhizome that it appears to lose its significance and signification for us. It becomes asignified, no longer matching the language we've used to signify it. We try to capture rhizomes in language, establishing signs that point this way and that, walling in this space or that, but then the rhizomes shift and the signs point the wrong way. As Robert Frost so plainly says: something there is that doesn't love a wall.

And signification brings us to the final point for this post: our languages for signifying a rhizomatic structure are themselves multiplicities, giving us multiple ways to speak of and to signify any thing, each language with its own value and utility and each language interacting with and engaging the thing differently than another language will. We can start measuring anywhere in the rhizome, on any scale, using any language. Any measure will be more or less useful than others, more or less skillful, more or less salient, more or less common. No measure will be absolutely right or wrong.

To my mind, a multiplicity is easily envisioned in Blaise Agüera y Arcas' wonderful demonstration of Microsoft's new Photosynth technology. Basically, Photosynth is provides the technology to collect images, say of the Eiffel Tower, from around the Net, aggregate those images, and produce one, far more complete, multi-dimensional image that is far richer and more informative than any single image. Thus, the multiplicity produces an image that far exceeds the sum of all the parts.

So what is the point for education? That no student, no teacher, no subject is reducible to a single term. All statements about any student are provisional. "This is John, an exemplary A student, and this is Mary, a problematic F student" are both provisional, and do not say all that can be said or measured about either John or Mary or about ourselves for measuring and saying such things. That to teach any thing, we must define that thing, but our definitions are always provisional, always subject to change, usually sooner rather than later. That crowd sourcing in the style of Photosynth will produce a far richer image of reality than any single teacher or textbook can produce.
Posted by keith.hamon at 4/29/2010 02:44:00 PM